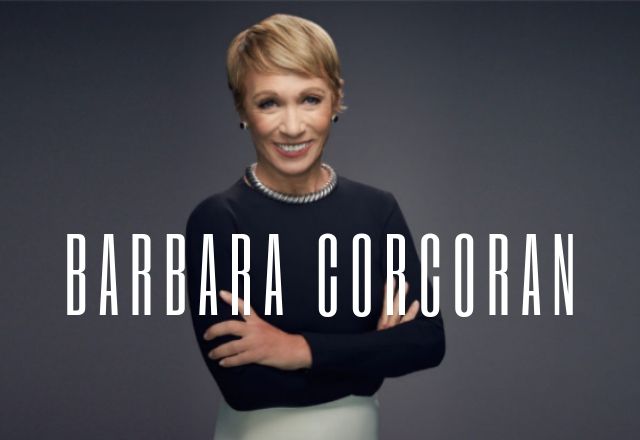 Barbara Corcoran has been an investor on the 3 time Emmy award winning show Shark Tank for 9 seasons discovering prospective entrepreneurs to bring their dreams into reality. The American television series premiered on ABC August 2009 shows entrepreneurs making product presentations to a panel of 5 investors referred to as Sharks who decide whether or not to invest in their company.

According to the New York Times, her manner is frank and energetic as a team captain who gives total commitment and expects it in return.  But for all her dive she has no airs.

During her career at Shark, Tank Barbara watched hundreds of presentations on the show investing millions of dollars in business startups.  Corcoran reviews each candidate considering the first impression of each contestant who attempt to convince anyone to invest in their company.

Barbara elaborated on 4 aspects of making a good first impression when applying for a job or pitching a presentation.  Dress for success in your best attire making a fashion statement wearing a business suit or appropriate outfit is considered essential.  Display good posture when meeting with potential employers demonstrates a sign of confidence in personal abilities.

Corcoran suggests making eye contact while speaking to someone connecting with others while communicating.  The eyes are the window to the soul often reflecting on integrity of being ethically honest having strong moral principles however physiologists suggest holding eye contact for 3 seconds during a conversation to avoid discomfort among some people.

Early in life, Barbara Corcoran was born March 10, 1949, raised in Edgewater New Jersey where she attended a local Catholic elementary school during her childhood years.  As a teenager, she graduated from Leonia High School located in New Jersey located in the United States.

Corcoran attended St Thomas Aquinas Colledge graduating with a degree in education in 1971.  After graduation, Barbara taught school for one year decided to earn an extra income taking on side jobs renting apartments in New York City.  Barbera dreamed of being her own boss soon co-founded a real state business in 1973 called The Corcoran Simone with one thousand dollar loan for startup expenses.

Seven years later Corcoran founded her own firm called the Corcoran Group.  Later in the Mid 1970s, she began publishing The Corcoran Group Report covering data trends in real estate in the New York area. Corcoran sold her business to NRT Incorporated for an astounding 66 million dollars in 2001 for profit.

According to the New York Times, the Real Estate Queen Barbara Corcoran interview in 2005  stated: ” I never saw myself as a protected person says, Barbara adding she grew up in a two bedroom apartment in Edgewater New Jersey the second of 10 children.”

As a real estate comeliest for Redbook and The Daily News, More Magazine and has been featured on several television shows including Larry King Live.

Barbara Corcoran and Bruce Littlefield author of Use What You’ve Got describes her hard-working childhood and how she applied lessons learned to her business experience that has enabled her to become one of the most successful entrepreneurs in the United States with 125,000 book sales in the first printing.

She was also the real estate contributor to the Today show on NBC.  She hosted The Millionaire Broker with Barbara Corcoran on CNBC a network that carries business day coverage of the United States and international financial markets, she also wrote a weekly column for the New York Daily News.

Turning An Investment Into A Fortune

Corcoran is an American Businesswomen syndicated columnist, speaker, investor, consultant, author and television personality.  She began her career early in the 1970s as a real estate investor then became a television celebrity on the Shark Tank as an investor.

Barbara Corcoran contributes her success to pure determination employed at 20 different jobs by the time she turned 23 years of age.  It was her next job that would make her one of the most successful entrepreneurs in the country.

Barbara Corcoran and Bruce Littlefield is the author of the best seller Shark Tales How I Turned A 1,000 Into A Business 2011 an inspiring true story Barbara gives her advice to anyone starting a business. Now known as a famous talk show celebrity on Shark Tank she offers an insightful approach to business to entrepreneurs seeking investors.

Corcoran is a motivational speaker inspiring people through her own personal experience sharing insight on how to become successful in a company as an entrepreneur building a business into an empire.  She is a frequent contributor to every major network discussing real estate and small business strategies a true inspiration to us all.