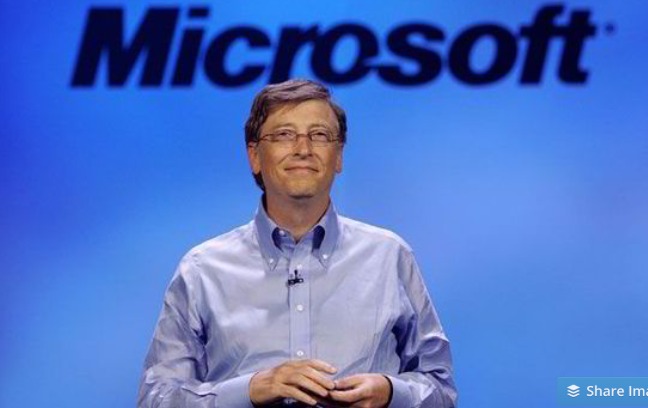 Bill Gates Self Made Entrepreneur

Bill Gates is well known for developing programs, technological advances in computers to find new solutions for the way we conduct business. Gates grew to become a business mogul and principal founder of Microsoft Corporation in America.  Fobes listed Bill Gates as one of the worlds wealthiest and most self made successful entrepreneurs of all time due to his work ethic and diligence striving to revolutionize the computer industry.

Gates co-founded Microsoft in 1975 with Paul Alen launched the business which became the worlds largest computer software company.  He is the richest man in America listed as a professional Co-founder and technology advisor of Microsoft.  It is a company whose mission is to empower every business organization and each person to accomplish more through modern technology.

Microsoft primary focus is bringing office devices and Windows together developing products and services for customers worldwide.  Technological advances in equipment for office or personal use has changed the way we do business by using innovative software, computers, app store, devices create an exceptional user experience.

The company has a clear vision for focusing on education through search information, communication services providing consumers with the software platform and technology they need for business and personal use.  Bill Gates led the company as the chief executive officer in Microsoft until retiring in January 2000 but continued as chairman.  He co-founded one of the largest tech companies of all time appointing himself as a chief software developer within the company.

Gates announced his decision to change schedules from working full time at Microsoft to working part-time at the company in June of 2006 allowing more time to work on new projects the Bill and Melinda Gates Foundation established in the year 2000.

During the transition Gates transferred his obligations over gradually to Craig Mundie senior advisor and SEO at Microsoft and Ray Ozzie Chief Technical Officer and Chief Software Architect at Microsoft.  Bill Gates stepped down from Microsoft as Chairman to assumed a new position in February 2014 as a technology advisor to support newly appointed CEO Satya Nadella an American business excitive from India.

Early In LifeBill Gates enrolled in Prepetory school Lake Side School where Gates took an interest in programming on the General Electric system in Basic a family of general purpose high-level programming languages that emphasizes the ease of use.  Gates wrote his first computer program tic tac toe which allowed users to play against the computer and was interested in new possibilities coding offered.

Gates went to CCC’s offices where he continued his studies in a source code a programming language written in plain text.  The source code is specifically designed to simplify work on computers for programmers who specify actions to be performed by the computer by writing source code.  Gates worked at CCC until 1970 when the company went out of business.

Bill Gates graduated from Lake Side School as a National Merit Scholar in 1973.  After Graduation, he enrolled in Harvard College in 1973 where he choose pre law major, graduate-level computer science and mathematics classes.  Gates later devised an algorism program pancake sorting designed to solve a class of problems using data processing, calculations, and automated reasoning tasks.  Gates solution was published in a paper collaborating with Christos Papadimitriou at Harvard.

Gates spent much of his time at school primarily focussed on computers and writing programming where he remained in contact with Paul Alen later taking a position at Honeywell in 1974.  The Altair 8800 microcomputer based on 8080 CPU was released the following year featured on the cover of Popular Science in 1975 was recognized as the first successful commercial personal computer.

In collaboration, Bill Gates and Paul Alen found new opportunities in the field of computer sciences decided to start their own computer software company.   Gates left Harvard to pursue his interests taking a leave of absences to further develop programming career with Alen at MITS in November 1975 located in Albuquerque.  They named their partnership Micro Soft locating their first office in Albuquerque.

Subsequently the trade name Microsoft was registered at the office of secretary located in the State of New Mexico on November 26, 1976.  Microsoft is an American multinational technology company that develops, manufactures, licences, and sells various products including computers, computer software, consumer electronics and personal computers.

Microsft is headquartered in Redmond Washington in the United States and was founded by Bill Gates and Paul Allen on April 4, 1975, to develop and sell Altair 8800. The company continued to grow to dominate the industry in the personal computer operating system with MS-DOS in the 1980’s followed by Microsoft Windows a graphical operating system.  The company rise in share price created three billionaires and an estimated 21,000 millionaires among Microsoft employees.

Bill Gares is best known as an entrepreneur and businessman who has built the largest software business Microsoft using the latest technology and innovation to develop new solutions for the computer industry.  Gates continues to work at the Bill and Melinda Gates Foundation working in collaboration with experts on the Global Health Division.