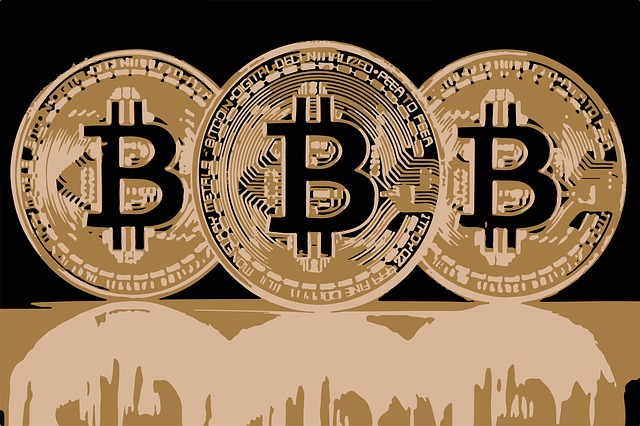 Bitcoin is a digital cryptocurrency payment system used online or cell phones to pay for products or instantly receive money through an electronic transaction.  Founder of Bitcoin Satoshi Nakamoto purchased the domain bitcoin.org on August 18, 2008, as a registered business domain name.  Nakamoto decided to apply the Bitcoin software as an open source code made available with a license in which the holder provides the rights to modify, study and distribute software for any purpose at any time.

Other early supporters were Nick Szabo creator of bitcoin predecessor bit gold and Wei Dai creator of predecessor b-money.  This mobile currency was developed by a group of individuals whose true identity is still unknown today.

The virtual currency was established with the main objective to enable swift, cheap online payments without the use of traditional banking channels.  Bitcoin gained popularity when the price jumped from 572,33 US dollars in August 2016 to an astounding approximation of 4,764.87 in August 2017.

The future of this virtual currency is yet unknown to many as a reliable secure online payment method.  If the most important factors in security are overcome individuals and businesses may start to trust Bitcoin as a reliable payment source.  Surveys indicate 45 % of the general population does not know or understand Bitcoin or how it works.

81 Bitcoin Infographics on Pinterest show emerging markets, the Anatomy of Bitcoin, how to start mining bitcoins plus detailed information for educational purposes.

The leading Bitcoins ATM worldwide producer was Genesis Coin in October 2016 with 45.94 of the market share.  The number of ATM’s increased to 954 in January 2016 to a remarkable rise to 1,587 by October that same year.  Most of the ATM’s were located in the United States with 911 ATM’s and in Canada at 244 in October 2017.  In Europe, the Bitcoins ATM’s composed 21.11 percent of the global ATM market share.

Everyone knows about money and how to purchase products or services either online or at physical stores. with cash, credit card or check.  Statistics indicate that the familiarity of adults with Bitcoins in the United States is 24 percent of the population as of January 2014.  Bitcoin digital currency is that is created and stored electronically.  The banks control our money where it can be affected by inflation,  whereas Bitcoin is controlled by the account holder.

Bitcoins have grown in circulation since the beginning of the creation of this digital virtual currency in 2009 and has now reached 16.6 Million as of September 2017.

Bitcoin controls production keeping their value at a solid level.  This electronic payment process is popular with countries experiencing economic difficulties as users can avoid dealing with inflation or other issues.  Small events or bad press release can impact the value of the bitcoin price.

Where can you use Bitcoins for purchases of products and services?  Certain websites and retailers are now accepting Bitcoin as a payment method used by consumers worldwide, however, bitcoin is relatively new to businesses as it is a developing network.  This anonymous form of payment has its drawbacks at it has become attractive to criminals on the black market.

Advanced methods of security should be taken to protect personal information on computers and cell phones. Talk to your cell phone provider for browser encryption apps and security apps you can install to help protect your information.

According to The Wall Street Journal report by Paul Vigna Bitcoin continues to grow and explains what you need to know on how to invest in Bitcoins online tutorial guide.

Bitcoin is an app user can access on the computer or cell phone that acts as an online wallet.  This digital payment method is easier to use compared to conventional credit cards or debit cards.  Make payments by entering the recipient’s address to the location you want the payment to be sent, enter the amount of money you want to send then select send.  In seconds, the transaction can take place for purchases made globally where bitcoin is accepted.

Send and receive money around the world at any time 24/7 instantly.  Unlike credit cards there are little or no fees due to the fact there is no banking institution to go through and no personal data or identification is stored. Major credit card fees can be 6% or higher for business or personal use compared to little or no transaction fees with Bitcoin saving you more money for important expenses and investments.

Bitcoin users have their own online address where they can receive or send money transactions.  A collection or block of transactions is then added to a blockchain in the form identical to a bank ledger.  Bitcoins can be bought and sold from online exchanges using dollars euros, other currencies or credit card.  Users can even swap cash for bitcoins at special ATM specifically designed for these transactions or by using over the counter OTC services that match buyers with verified sellers nearby.

The Bitcoin network is made up of millions of individuals just like you.

Individuals who use this form of accounting are rewarded new bitcoins for their personal accounts.  This process is known as mining.  There is a fixed amount of bitcoins however over time existing Bitcoins become divided overtime to maintain a consistent value.  Bitcoins digital currency simplified is not that complicated and may provide a good alternative payment method for products and services worldwide.

As of February 2015 over 100,000 vendors and merchants now accept bitcoins as payment.  Research estimate that there are 2.9 to 5.8 million unique individuals using digital cryptocurrency wallet most of them using Bitcoin for online transactions.  Leading virtual currencies used globally reach epic proportions in October 2017 realized by purchase volume.  Bitcoin was the highest purchased cryptocurrency with 1,873,84 Million US dollars.

Bitcoin is changing the way we think and uses the money for new technologies and services giving consumers financial freedom and the convenience of digital transactions.

How To By Bitcoins

There are three primary ways to get Bitcoins is purchasing on an exchange, mining for new ones or excepting them for services or goods. Typically purchasing Bitcoin with a credit card is the fastest and cheapest way to buy bitcoins however there are fees.   Adding digital currency to your wallet and only takes a few minutes to set up your account.

A less expensive method is more involved process is to purchase bitcoins through a licensed Exchange.  Bitcoinfamerica is a fully compliant Bitcoin Exchange offering same day Bitcoin buying with wire transfers or buy at one of 900 physical locations across America or sell your digital currency getting cash right into your credit card or debit card account.

Coinbase used by millions trusted by millions of customers globally coin base is one of the most popular broker exchanges in the world. Coin base is a digital currency exchange headquartered in San Francisco California.  They are broker exchanges of Bitcoin, litecoin, Ethereum and other digital assets including flat currencies in 32 countries.  Coinbase founded in 2012 by Brian Armstrong and Fred Ehrsam with 13,300.00 active users to date November 2017.

Bitcoin continues to grow over the years attracting attention to new methods of digital currency used in business transactions has reached global proportions and should be aware of investing responsibly.  Before making any investment or exchange with any business it is recommended to thoroughly research companies you are considering the use of services to invest responsibly.

According to the Federal Trade Commission Bitcoin is used to sell or make purchases using digital currency.  Unlike conventional money dollars used Bitcoins are not backed by a government agency or distributed by a bank financial institution. Bitcoins are created on a network bought and sold to the public for investments or used as a digital payment system.

Prices of Bitcoins have gone through various cycles of appreciation and depreciation over the years known by investors who are watching the market closely as Bitcoin rose from 0.30 US dollars in 2011 to an astounding 18,321.99 as of December 19, 2017, US dollars.

A report filed in 2013 Bank of America Merrill Linch recognized that Bitcoin has become a major source of payment method for e-commerce businesses and may become a serious contender to money transfer compared to traditional monetary transactions using money.

Researchers found that the number of users has grown significantly since 2013 when there were between 300.000 to 1.3 million active users.  Studies now show a huge increase of unique users in 2017 of individuals using a cryptocurrency wallet reaching 2.9 million to 5.8 million most of them using Bitcoin for transactions.

Bitcoin Futures Are a Great Way to Not Own Bitcoin