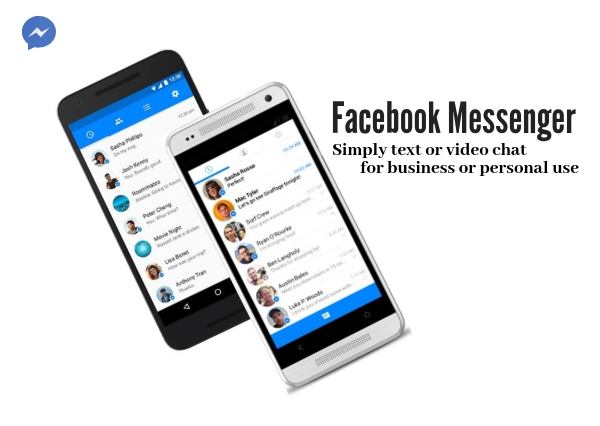 Facebook Messenger allows users to seamlessly connect with friends and family using the fast free video chat and text secure service.  Commonly referred to as Messenger was originally developed as Facebook Chat in 2008, the company remolded the messaging service application in 2010, finally releasing Android and ios apps in August 2011.  Facebook messenger has grown in popularity over the years with 1.82 billion active mobile phone messaging app worldwide users as of 2017.

New technological advances have changed mobile messaging services to include new methods of communication through apps.  In recent years optimizing features in text messaging or video chat with the introduction of voice allows people to communicate better in personal or business use. Recent data indicates Facebook messenger is considered the most popular social networking messaging app among people in the United States with 2.3 million downloads from the Apple App Store

Mutable messaging apps are available however the Facebook messenger application has grown exponentially serving people in global proportions. Messenger works across desktop and mobile devices available to use anywhere you go with built-in international capabilities.  Connect with others using the all in one messenger service to text or chat expressing a conversation or share a favorite photo. 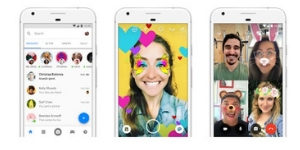 Facebook Messenger excels in communication using key Features enabling people to quickly start a conversation using text seamless across all devices.  Visual communication can be enhanced using digital images and video to express yourself capturing the moment with messenger camera.  Editing options including doodles and filters can be used to create attractive visual images to share with friends.

Google Play Store offers the Facebook Messenger app along with millions of the latest Andriod apps for tv, games video, music, movies, and books available across all devices.  Google Play store is a digital distribution service developed and operated by Google, serves the public as the official app store for Android operating systems.  Tour the site to browse and download the latest Facebook Messenger application on your cell phone to instantly connect with friends. 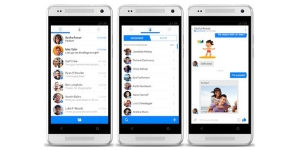 During the Facebook 8 conference in March 2015, Facebook announced businesses would be able to use and interact on messenger with businesses to receive notifications and track purchases conduct personal conversations with customer service representatives.

The messenger platform offers users seamless integration in the platform creating an enjoyable personal experience.  In the United Staes Facebook ranked third in leading apps among shoppers before device shopping sessions with a 7.8 percent development rate ranking even higher compared to Google and Amazon in search as of December 2017.  Facebook Messenger payment system supports online monetary transactions serves as an electronic alternative to paper methods.

Studies indicate 89 percent of users in the United States actively using Facebook Messenger rage in age between 25-34 years of age in January 2018.  Messenger has grown in popularity for both businesses and personal use connecting communities worldwide sharing with friends.  The mobile Messenger had 1.3 billion active monthly users serving globally from the years April 2014 – September 2017 featuring chat and video services.

In May 2017 Facebook Messenger revised messenger on ios and Andriod devices creating a new home screen including tabs and categorization of interactive media a digital based system which responded to the user’s actions by pressing content, text, video, and images.

Facebook messenger lite broadened serving 132 countries in April 2017 updating video chats giving users the ability to add animated versions of Facebook reactions including exploding halo of hearts when sending an emoji.  In addition, individuals have the ability to capture screenshots with editing capabilities with Messenger with live filters that can change the lighting and color in the feed.  Instantly connect with people in your life or business on Facebook Messenger service.

3 Easy Steps How To Build An App For Free