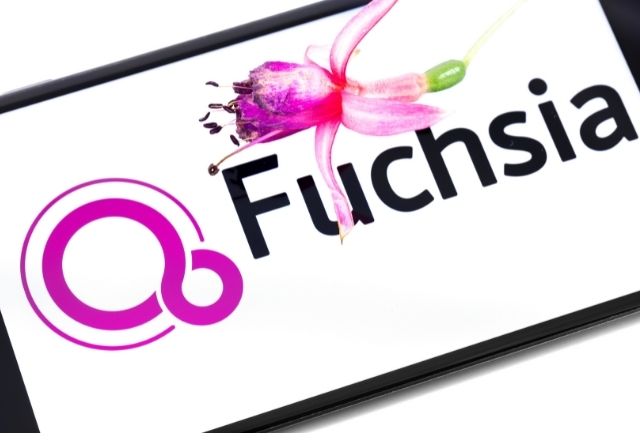 Today’s release marks Goggles’s sizable public step towards Fuchsia being an operating system the average person can use.  The Fuchsia update for the Nest Hub will rollout over the next few months starting with those in the Preview Program before becoming more accessible. Considering the interface the experience will be unchanged. It is likely that Nest Hub owners will not even notice they’ve been switched over to Fuchsia OS. Google appears to be moving cautiously with this rollout moving forward over the course of several months since switching an operating system is not a simple update.

The first generation Google Nest Hub ran the first Fuchsia 1.0” release as it received new approval from Bluetooth SIG. This pointed to Google expanding to Fuchsia from their internal testing process to something more public facing.  The development of Fuchsia began in 2016 starting out as an ambitious experimental UI, running on Google’s many internal testing devices for Fuchsia ranging from a full spectrum of  Chromebook and Google’s smart home lineup.

The OS has gradually progressed recently begun a steady release schedule. Google announced as of today an update is beginning to rollout to owners of Nest Hub First released in 2018. The update will not change functionally of Nest Hub but under the hood, the smart display will be running Fuchsia OS instead of the Linux-based  “Cast OS” it used before the update was implemented. Experience with Nest Hub should be primarily identical.

This is feasible due to Google’s smart display experience built with Flutter which is designed to continually bring apps to multiple platforms, Fuchsia included. Google’s long development from the scratch operating system, Fuchsia is now running on real Made by Google devices namely the first generation Nest Hub. There is a lot of room for multiple operating systems including different specifications and strengths, Fuchsia is one of those things so stay tuned for more updates. It is not just for phones and PCs.

In the world of internet of things IoT there are an increasing variety of devices that require operating systems including new run times and so on technologies advancing in capabilities. Fuchsia is an operating system like macOS, Windows or Android developed by Google as an open source project. Google has been fairly secretive about the project over the years despite its open nature. The Fuchsia team opened the door for developers to make contributions to the project with the objective among other things is to design a secure operating system not built on Linux.

Google has recently revealed a proposal for how Fuchsia could still run on apps written for Linux platforms including Android apps while still maintaining security and safety. Fuchsia has been tested on a wide variety of devices as some believe Fuchsia features the potential to be a unifying OS from Google that can run on almost anything including laptops, cell phones, and internet of things devices. Fuchsia is designed to prioritize security, updated ability and performance developed as a long term project created for a general purpose as an open source operating system.