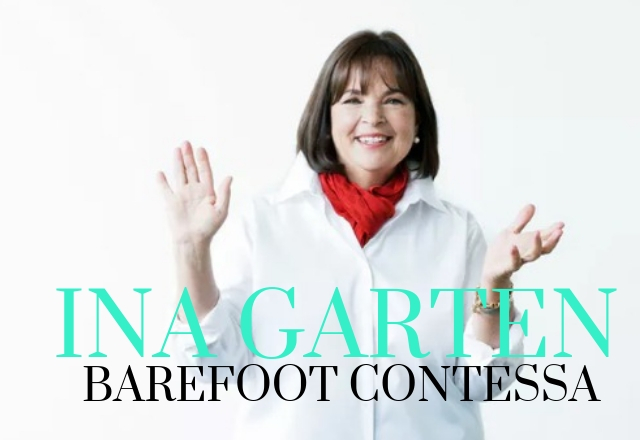 Ina Garten host of the popular cooking show on Food Network Barefoot Contessa specializes in cooking simple elegant style. Ina discovered new opportunities in career development as an entrepreneur and American author of 16 cookbooks finds success and personal satisfaction in her occupation as a host on Food Network selling millions of books worldwide.

Garten has achieved success in business and personal life through dedication and perseverance following her passion for cooking and entertaining.  Taking a leap of faith, Ina changed careers from working in the White House in budget management to a satisfying creative career running a specialty food shop Barefoot Contessa.  Ina has become the authority in cooking inspiring the home chef to make food preparation a fun experience.

Ina has expanded her reach appearing on Food Network cooking shows a host on Barefoot Contessa showcasing complete meals both delicious and elegant using simple recipes for the home cook.  Ina continued to develop new recipes for publication in her cookbook collection available at Amazon, Barns & Noble as a best seller Cook Like A Pro by Ina Garten.

Early in life, Ina Rosenberg was born to a Jewish family in Brooklin New York and raised in Stamford Connecticut. Encouraged to excel in school Ina showed interest in the field of science and has admitted she uses her scientific background to develop new recipes for future cookbooks and television segments.

Ina Rosenburg Garten American Author of 12 cookbooks and former staff member of OMB the Office of Management and Budget formally worked on Nuckular Energy policy for the United States.

In Washington, DC Garten worked in the White House while earning her MBA at George Washington University.  Originally Ina began her career employed as a government aide eventually climbing the political ladder to Office Management and Budget.

Ulitamially assigned the position of the analysis which entailed writing the nuclear energy budget and papers on a nuclear centrifuge for Presidents Jimmy Carter and Gerald Ford.  Ina felt strained by the pressures of working at OMB decided to turn to entertain and flipping homes for profit in the neighborhoods of Kalorama and Dupont Circle.

Working at the White House writing nuclear budgets, Ina wanted more satisfaction out of her work environment and soon decided to change the direction of her professional career to something more creative and fun with her life.

While reading the New York Times Ina discovered an ad for a specialty food store for sale in the West Hamptons Baech, in New York including 400 square feet of space, decided to take a closer look at the real estate.

The next day Ina and her husband Jeffery drove to Long Island to investigate the store and decided to make a low offer on the property.  Gartner used profits from flipping homes and entertaining to purchase her next business, Barefoot Contessa a specialty food store. The next day the current owner of the store accepted Ina’s offer and suddenly found herself the owner of Barefoot Contessa a specialty food store.

Ina had no experience in the food industry however, she knew that the purchase was exactly what she wanted to do.  Ina left her job in Washington 1978 to pursue more creative endeavors through cooking.

Garten intellectually enjoyed her work in Washington however found it was not the right place for her.  After purchasing the property Ina moved to New York to assume ownership changing the path and direction of her new career. 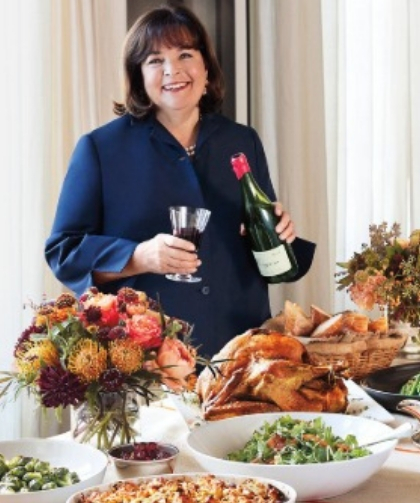 Within one year Ina moved the store Barefoot Contessa across Main Street to a larger property for expansion purposes. The new location quickly outgrew due to popular demand and Ina decided to relocate in 1985 to a larger facility recently vacated premises Dean and Dulica gourmet shop located in the East Hamptons Long Island Village.  Ina was able to expand the menu to include imported cheeses, lobster cobb salad, caviar, produce locally grown.

Ina worked long hours doing most of the cooking herself enjoyed the freedom of owning Barfoot Contessa.  As the business grew Gartner employed chefs and bakers including Anna Pump who established the Bridge Hampton Inn and Loves & Fishes Bakery.  The shop quickly grew in popularity was complimented by the press and celebrity clientele Lauren Bacall and Steven Speilburg.

Bearfoot Contessa continued to grow as a popular gourmet store serving the community with specialized delicacies.  After two decades of operation, Ina decided to make a change in a career once again by selling her store to two employees to Parker Hodges and Amy Forst but retained ownership of the building itself.  Ina felt uncertain about the direction of career and decided to take a sabbatical from the culinary scene and constructed new office space above the store.

Barefoot Contessa had become a landmark in the East Hamptons in 2003 as a popular gathering place as director Nancy Myers chose the store for one of the sets in the film Somethings Got To Give starring Jack Nicolson and Diane Keaton.  The store permanently closed in 2004 after the lease expired and negotiations failed between the new owners and Ina Garten.

Reportedly Garten refused to meat lease negotiations to regain control of the store as a tactical move as Forest and Hodges lost the business to a competitor Citarella. Ina decided not to reopen the shop at that time but retained the property for potential future tenants. 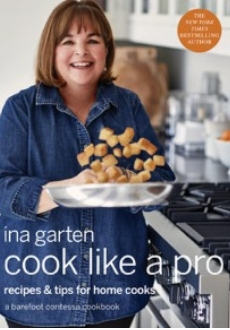 Ina reemerged as an American author focussing her attention on publication carrying on the Barefoot Contessa name in a cookbook.  The book contained delicious recipes that made her store successful far exceeded expectations by publisher Clarkson Potter.

Ina eventually sold over 100,ooo copies of her cookbook the first year immediately requiring second and third print orders after the pressing of 35,000 copies of claimed cookbooks. Succeeding as an author in 2001 she discovered new found fame capitalized on The Barefoot Contessa Cookbook and Parties were nominated for the James Beard awards in 2000 and 2002 in the special occasion and Entertaining category.  Ina Gartner’s cookbook collection can be found at Amazon and Barns & Noble where books is sold.

Ina Garten established herself as a successful author of several cookbooks and appearances on Stewart’s show then quickly moved to debut on the Food Network program.  After the success of The Barefoot Contessa Cookbook and Barefoot Contessa Parties Ina was soon approached by the Food Network to host her own television cooking show.  In 2005 the show was nominated for the Day Time Emy Award in the category Best Service Show.

The show features fantastic easy to follow cooking recipes, planned meals in preparation or her friends and husband for simple yet elegant entertaining.  Barefoot Contessa has approximately one million views per episode as part of Food Networks highest ratings.  In 2009 Ina Garten was nominated once again for Day Time Emy Awards for the categories Best culinary program and Best Culinary Host as Ina Garten won her first Emy in the latter category.

Ina Garten entrepreneur and author of several cookbooks showcase ambition and fortitude achieving success in her personal life and in business in Barefoot Contessa.