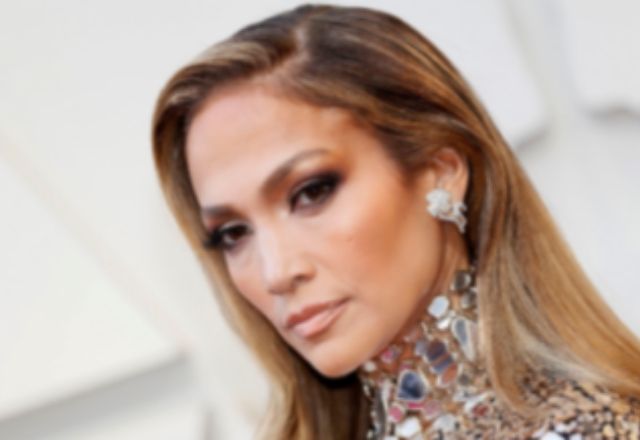 Jennifer Lopez a successful American businesswoman as a popular entertainer breaks down barriers in the industry as a multidimensional artist considered a global icon.  Launching her music career in late 1990 she was recognized as the only female entertainer, who had the number one film and album simultaneously in the United States.  Lopez became the first solo female recording artist under Epic Records to achieve a number one album since 1953.  Jennifer was honored by The World Music Awards in 2010 with a legend Award for her contribution to the arts.

Lopez returned the following year her hit single “On The Floor” among the best selling singles of all time and its a music video recognized by the Guinness Book Of World Records as the highest viewed female video of all time in 2020.  Later in 2012, Jennifer was recognized as one of the greatest comebacks in musical history as she was presented with the prestigious landmark 2500th star on the Hollywood Walk Of  Fame for her music.

Jennifer Lopez received the Michale Jackson Video Vanguard Award in 2018 by MTV Video Music Awards in 2018 making her the first Latin performer to claim the prize since the introduction 1984.  She has recognized in Forbs American Business Magazine suggests that Lopez may be the most powerful entertainer on the planet and named her “the most powerful Latino celebrity in 2012.

She was nicknamed J-Lo as a popular singer and actress began her career appearing as a fly girl dancer in Living Color. A sketch comedy that originally ran on Fox in 1990 produced by Ivory Way Productions association with 20 th Century Fox Television where she remained as a regular until she decided to pursue an acting career in 1993.  Her first leading role titled Selena in 1997 an American biographical drama film written by Gregory Nava.

Jennifer has nominated a Golden Globe nomination as she became the first Latin actresses to earn over 1 million dollars for a film in the United States. Continuing her acting career she went on to star in Anaconda in 1997 a Brazilian horror film directed by Louis Liosa in 1997 and Out Of Sight an American crime comedy directed by Steven Soderbuerg in 1998 establishing herself as the highest paid Latin actress in Hollywood.

Jennifer’s studio album On The 6 debuted in 1999 collaborating with several producers including Rodney Jenkins and Cory Rooney which propelled the Latin pop movement in American music.  Lopez’s 2002 remix album J to the L-O became the first debut as number one in America later releasing her third studio album. This Is Me by Epic records.  Jennifer appeared as a judge on American Idol an American singing competition created by Simon Fuller in 2011.  Lopez considered a global icon described as an inspiration in all aspects of her performing arts recognized by VH1 ranked number 15 on the Greatest Pop Culture Icons by a range of Entertainers.

The Fashion Designers Of America presented Her with the fashion Icon Award for her ongoing impact on fashion. Renowned for her fashion sense US Weekly named Lopez style Icon of the 2000 decade as her style has influenced fashion.  Her record breaking fragrance line has become the most successful line in the world with sales exceeding 2012.  Jennifer’s first fragrance Glow by JLO has credited with influencing fragrances in 2020 among celebrities.

According to her trainer, Tracy Anderson told People “ I have her eating a very clean diet because she needs good fuel for all the things she is doing” “ It is all organic and very well thought out with a balance of high-quality proteins and nutrient-dense foods.  Everything is fresh generally avoiding processed foods getting nutrients from whole sources she told US Weekly.

Lopez attributes her physique to a clean eating diet and a strict exercise program.  You are what you eat, it is important to know what you are putting in your body, more importantly, it is essential to know what not to put in your body.  Jennifer decided to limit caffeine.  While JLo occasionally drinks coffee she makes sure the beverage is decaffeinated.  “ I haven’t had caffeine in years she told Hollywood Life.   Jennifer suggests staying well hydrated drinking plenty of pure water throughout the day is essential.

Drinking, plenty of water, especially before a workout, can help you push harder and get more exercise out of your routine” Jennifer Lopez states “ I try to keep my body well hydrated and rested after each workout” she said That way I am ready to hit hard again the next day. While working out Jennifer likes to stay well hydrated then replenishes her supples right after exercising. Lopez enjoys a clean eating diet program high in nutritional value and has eliminated processed and refined foods.

As a businesswoman, Jennifer Lopez continues her work in music, dance, fashion designer, and as a judge on the television show World Of Dance as a guide and mentor to the world’s top dancing talents.   Lopez is regarded as one of the most influential entertainers described as a multidimensional artist and successful businesswoman inspiring others to live their dreams.