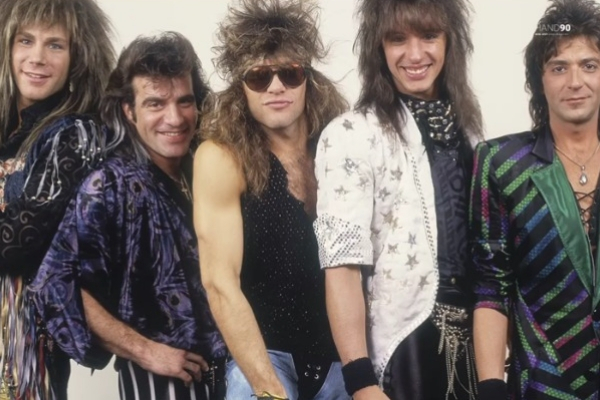 Jon Bon Jovi inducted into the Rock and Roll Hall of Fame 2018 in Cleaveland Ohio along with other industries including The Cars, Dire Straits, The Moody Blues, and Nia Simmons.  Howard Stearn king of all media introduction of Jon Bon Jovi showcased media interest for reaching personal milestones in their musical career. Jann Wenner co-publisher and founder of Rolling Stones magazine and founder of the Rock and Roll Hall Of Fame finally allowed Jon Bon Jovi to be inducted into this amazing band realizing their iconic popularity.

The atmosphere was electric in the 4 and half hour event at Cleveland’s Public Hall as the best musicians gathered to celebrate a lifetime of achievements and collaborations.  Inductees, musicians, performers and special gathered to take the stage for the event as Howard Stern gave Jon Bon Jovi a complete induction speech illustrating his most famous career achievements.

The ceremony kicked off with long speeches lasting over the expected time period.  It began with the Killers honoring the late Tom Petty with the performance of American Girl” the second single from Tom Petty and the Heartbreakers a self-debut album that charted with the releases in 1994.  CEO Greg Harris President of the Rock and Roll Hall of Fame delivered a quick speech to attendees.  The audience roared with applause as Jon Bon Jovi’s name was announced as the only performer still on the bill filling football stadiums.   According to Howard Stern, other bands have disappeared from there area but Jon Bon Jovi still remains popular as his last 4 tours grossed approximately 1 billion dollars in revenue.

Jon Bon Jovi is a well-known songwriter and singer who formed the American rock band Bon Jovi which formed in 1983. Bon Jovi has released  12 studio albums and 2 solo albums with his band which has topped 130 million albums sold worldwide making the band the best selling music artist.  As an Actor Jon Bon Jovi started his acting career in the 1990’s staring in various movie roles including U-571, Valentino, and Moonlight and has also made appearances on popular tv series including Ally McBeal and Sex and The City.

In June 1982 Jon recorded a song called “Runaway” with studio musicians at the time who helped to record “Runaway” known as the All Star Review including musicians were guitarist Tim Pierce, drummer Franky LaRocka, the bassist Hue McDonald and keyboardist Roy Bitten.  Wanting to publish music to a scaled audience Jon visited several recording companies including Mercury (PolyGram) and Atlantic Records, however, they all turned him down.   Jon Bon Jovi visited the rock radio station in New York City, WAPP 103.5FM and spoke directly to the promotion director John Lessman who excepted the song “Runaway”.

Runaway became a local then along the way Mercury records gave Jon Bon Jovi a recording contract in 1983.  To promote the recording “Runaway” Jon contacted David Bryan who then contacted bassist Alec John Such and drummer Tico Torres to form a band.  Jon contacted his good friend and neighbor Dave Sabo to play the lead guitar who also formed the group Skid Row.  Later Sabo was replaced by lead guitarist Richy Sambora a gifted musician. The band Bon Jovi was formed and became an international act in the 1980’s.

Jon Bon Jovi teamed up with band members who are also honored at the Rock and Roll Hall of Fame induction ceremony celebrating their personal success as a band.

The band was struggling when the album “Slippery When Wet” their breakthrough album was recorded as the hits kept climbing the Billboard charts including, Livin On A Prayer, Bad Medicine, Wanted Dead Or Alive, You Give Love A Bad Name, Dead or Alive.  According to Richy Sambora, the band was virtually broke when they recorded there second album 7800 Degrees Ferrhinite that was released on March 27, 1985, by Mercury Records.

7800 Degrees Ferrhinate reach 37 on the billboard 200 albums chart and was the band’s first album to be certified gold in the United States. It remained in the charts for 85 weeks and was certified platinum on February 19, 1987.  Hit singles “In and Out of Love”, and “Only Loney” both charted Billboard Hot 100.

As a philanthropist, Jon Bon Jovi worked on behalf of the American Red Cross, Habitat for Humanity, Special Olympics, Elizabeth Glazer Pediatric AIDS Foundation, Covenant House, Project H.O.M.E and the Jon Bon Jovi Soul Foundation.  In October 2011 Jon Bon Jovi opened the doors to his restaurant the Soul Kitchen serving the community in New Jersey where patrons pay what is affordable to them for their meals with money or volunteering their services.

The restaurant has served approximately 82,700 meals with the 51% earned meals volunteering and the other 49% paid with donations.  All are treated with kindness and respect at the Soul Kitchen serving the community a delicious menu with local ingredients for all to enjoy.

Jon Bon Jovi shares his success during the induction into the Rock and Roll Hall of Fame with band members lead guitarist, Ricky Sambora, drummer Tico Torres, Hugh Mcdonald, keyboardist David Bryan and Alic John Such who left the band in 1994 and has not been seen anywhere since one-off guest spot at a 2001 Bon Jovi concert.   David Bryan keyboardist and Drummer Teco Torres gave a brief speech depicting their appreciation and pride for the accomplishments of the band.  Bon Jovi gave a fantastic speech illuminating the past 35 years making his dream a reality.

Richard Sambora attributes their success to hard work and dedication connecting to humanity with the privilege to work with dedicated musicians.  Bon Jovi sold over 130 million records and has released 13 studio albums plus six collections and 3 live albums making them the best selling American rock band of all time and has performed 2,700 concerts in over 50 countries to over 24 million fans.  Jon Bon Jovi is best known for the founder and front band Bon Jovi which was established in 1983.

Some of the most famous Bon Jovi songs the top 10 picks from their rich heritage are instrumental to their success as outstanding performers include fan favorites, “Livin On A Prayer,” “Wanted Dead Or Alive,” ” Bad Medicine,” ” Blaze of Glory,” “Wanted Dead or Alive to name a few. In conclusion of the induction ceremonies, Bon Jovi took the stage to perform the hit single “You Give Love a Bad Name” with current guitarist Phil X and touring percussionist Everett Bradley who accompanied the inductees on stage for a one of a kind performance.  From humbling beginnings in New Jersey to the Rock and Roll Hall of Fame  Bon Jovi has left an impact on millions of loyal fans who enjoy their music for future generations to come.

Images Courtesy of Earl McGehee at Flicker and Video Courtesy of Daily Mail at Youtube.com