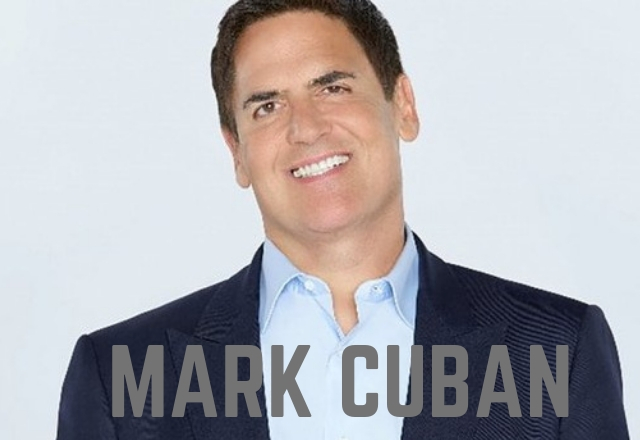 Cuban is one of the major Shark Tank investors televised on ABC network as a reality series that has reinvigorated entrepreneurship in America.  The show’s topic of interest is business themed series inspiring entrepreneurs to follow their dreams processing over 100 million in deals in the Shark Tank.  The sharks are self-made millionaires and billionaire tycoons continue their search for investments in business deals.

The sharks are all self made billionaires including Mark Cuban the owner and chairman of ASX TV and candid owner of Dallas Mavericks continues to work aside Lorie Greiner queen of CVC, Barbra Corcoran a successful real estate professional, Robert Herjavec an inventor of technology, Daymond John fashion and branding expert, and Keven O’Leary venture capitalist.

Early in life Cuban was born in Pittsburg Pennsylvania grew up in the suburbs of  Mount Lebanon in a working class Jewish family.  Cuban’s first introduction into business was selling garbage bags to pay for a pair of expensive basketball shoes.  At 16 Cuban was employed by the Pittsburg Post Gazette delivering newspapers from Cleveland to Pittsburgh earning an income.

During Cubans Senior year in high school he decided to enroll at the University of Pitsburg as a full time student where he joined the international fraternity Pi Lambda. While attending the University of Pittsburgh Marck Cuban worked in various jobs including party promoter, disco dancing instructor, and bartender gaining valuable experience in business from various jobs.  In his spare time, Cuban enjoyed the NFL team the Pittsburgh Steelers as an admired fan.

After attending the University of Pittsburgh for one year Cuban transferred to Indiana University Located in Bloomington Indiana, graduated in 1981 from the Kelly School of Business obtaining a Bachelors degree in Management.  During his college years, Cuban held various business ventures including, disco lessons, and bar.

After graduation Cuban moved to Dallas Texas in 1982 where he was employed as a bartender then as a salesman at one of the earliest PC software retailers known as Your Business Software located in Dallas Texas.  Later Cuban started his own company MicroSolutions utilizing support from a previous customer base to grow his business venture.  In 1990 Cuban sold his business MicroSolutions to a subsidiary of H&RBlock CompuServe for 6 million dollars.

In 1995 Cuban combined interests with fellow alumni Todd Wagner and Chris Jaeb from Indiana University who started a company Audionet which Cuban began to fund in 1998.   Audionet became Broadcast.com in 1998 a radio internet company was eventually sold to Yahoo in April 1999 for 5.7 billion dollars making it the most expensive purchase Yahoo has made.

The Guinness Book of World Records acknowledges Cuban for the largest e-commerce transaction paying an estimated 40 million for Gulfstream V a long range aircraft in October 1999.   Cuban driverside his wealth after the sale of Broadcast.com to avoid exposure to the market crash.

Cuban co owner of 2929 Entertainment an integrated media entertainment company spanning production and distribution of films and video continues to work with Wagner on the latest venture.  Cuban continued investments in startups assisted ventures in social software known as Web 2.0 applications or social apps including interactive tools and applications often based on the internet.

On January 4, 2000, Mark Cuban purchased a majority stake in the NBA’s Dallas Mavericks for 285 million dollars.  In the following years, the team won 69 percent or their regular season games reaching the playoffs.  The Dallas Mavericks are a professional basketball team based in Dallas Texas.

In April 2007 Mark Cuban partnered with Mascot Books to publish his first children’s book titled Let’s Go, Mavs.  As an author Cuban continued to write a 30,000 word e-book in 2011, titled How To Win At The Sport Of Business shares his wealth of experience using material collected from his blog Maverick, Cuban has updated postings on aspects of business sharing insights on what it takes to be a successful entrepreneur in today’s society.

Mark Cuban shares his own personal story going from humble beginnings in sales to rags to riches to owning his company to become a multi-billion dollar American success story.  Cuban’s highly effective ideas on building a business continue to inspire entrepreneurs on how to build a successful business at any point in their career to excel over comparators.