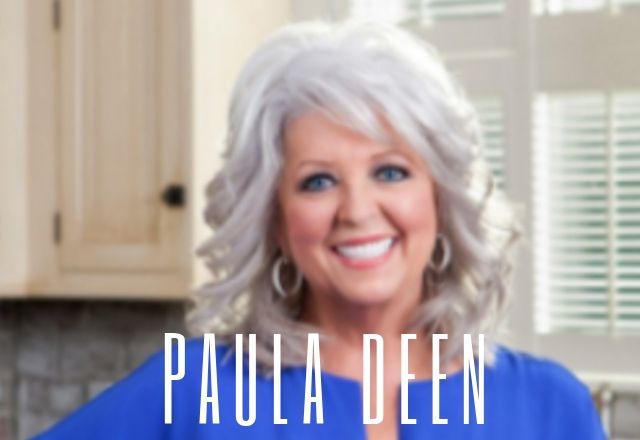 She has published two additional cookbooks in collaboration with Martha Nasbert working together developing easy to prepare recipes that are both satisfying and delicious.  Paula appeared on the Oprah Winfrey Show and QVC in 2002 and made a guest appearance again in 2010 focusing on her home style southern cooking.

Her life story is featured as Extraordinary inspiring stories of courage, Triumph, and success in 2007. Paula’s memoir was published in April 2007 by Simon and Schuster titled “It Ain’t All About The Cookin” is a courageously honest story about her bumpy road to fame and fortune.

She was born January 19, 1947, in Albany Georgia to her parents who raised her as a Baptist and is still devoted to her faith talks openly about simple blessings in her life including family and friends. Unfortunately, Paul’s parents died before she was 23 years old and an early marriage ended in divorce leaving her struggling finically.

Paula held various jobs including hanging wallpaper, selling insurance, selling real estate and employed as a bank teller to support her lifestyle.  She was a single mom with two teenage sons when she decided to start her own business called the Brown Bag Lunch catering service making sandwiches and meals with only 200 dollars start up costs and ended up with a thriving restaurant business.

As a young adult, Paula focussed her attention on cooking for her family in her home using recipes she learned from her grandmother Irene Paul including the art of southern cooking.  Making thousands of pots of chicken and dumplings feeling safe in her home. Paula states “ It ain’t been a bed of roses.  It is about becoming the best selling author, entertainment entrepreneur and host to the stars.

Paula has overcome financial setbacks and personal complications suffering from a bout of agoraphobia so terrifying she was afraid to leave the house for years she found comfort in cooking. Baking is near and dear to her heart she ultimately developed a verity of delicious recipes including festive cakes, entrees, sided dishes, and desserts.

Paula’s home Business The Bag Lady quickly outgrew her kitchen as orders poured in.  She decided to open her first restaurant The Lady and Son located in downtown Savannah on West Congress Street in 1996.  Within a few short years, the restaurant moved to a new location at the old hardware white building on Whitaker.

Paula Deen’s relationship with the Food Network began in 1999 when her friend introduced her to Gordon Elliott who then introduced her to an Artist’s Agency owner Barry Weiner.  Paula was invited to shoot a pilot named Afternoon Tea in 2001 and the network loved it and eventually offered Paula her own television show titled Pauls’ Home Cooking which premiered on November 2002.

Deen is an amazing business woman who has achieved the American dream as a successful entrepreneur connecting with others as an inspirational cook of southern cuisine.