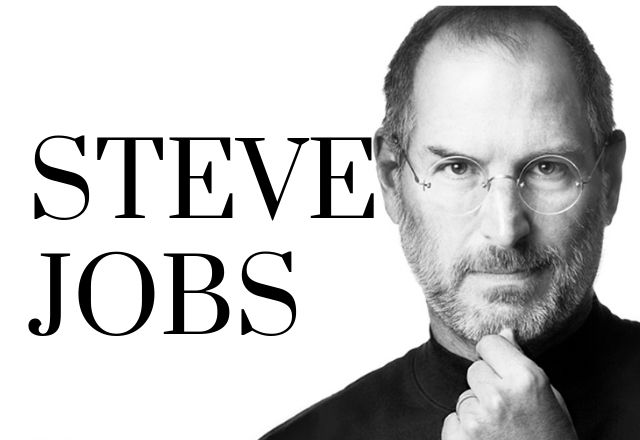 Steve Jobs revolutionized a range of new technological advances in innovation connecting the world in a new direction with personal computers.  Jobs was recognized as a chief creator of the microcomputer of the 1970’s and 1980s along with Steve Wongsack cofounder of  Apple.  Jobs was the majority shareholder and Chairman of Pixar a member of the Walt Disney Company board of directors following the purchase of Pixar and NexT was highly regarded for his ingenuity.

Jobs was born in Sans Francisco California in February 1955 put up for adoption then raised by his adoptive parents in the Sans Fransisco area where he was exposed to new cultural influences.  In 1968 when jobs turned thirteen he was given a summer job by Bill Hewlett of Hewlett Packard a multinational technology company that developed components, hardware, and services for consumers.

Jobs worked at Hewlett Packard during the summer months assembling frequency counters enjoyed his work developing new skills he would use later in product development later in his career.

Steve Jobs attended Reed College in 1972 before dropping out that year to travel abroad to Inda to study Zen Buddhism seeking enlightenment.

In 1976 Wongasack designed the first Apple 1 computer showed it to Steve Jobs who suggested they sell the device to the public.  Jobs collaborated with Wongsack and Ronald Wayne founded Apple Computer located in the garage of Jobs Los Altos home starting a small business as young Entrepreneurs building computers.

Ronald Wayne stayed for a brief period of time decided to leave Wongsack and jobs as primary cofounders of the business.  Jobs returned from the All In One Farm commune located in Oregon to talk to Wongsack about his personal experience spending time in the apple orchard then decided on the name Apple for their company.

Wongsack and Steve Jobs cofounded Apple in 1976 decided to sell Wongscaks Apple 1 personal computer eventually gaining fame and fortune later that year with the Apple ll computer one of the first manufactured personal computers rated highly successful among consumers.  Jobs envisioned an economic potential of the Xerox Alto the first computer designed to support an operating system based on graphical interface GUI intended for commercial use.

The Lisa computer was too expensive for the average user as the operating system proved to be an unreliable crash prone device with insufficient performance demonstrated to be unreliable.

Jobs modified specifications of the computer immediately releasing the Apple Macintosh personal computer as a faster affordable version.  It’s beige case consisted of a 9 inch 23 cm monitor with standard mouse and keyboard.  A handle built on top of the computer made it easy to transport between different locations.

The Macintosh was introduced by commercial at the Super Bowl XVlll January 1984 that aired on CBS.  The Apple Macintosh originally sold for 2,495.oo with strong sales of the device reach 70,000 units sold in 1984.

New applications in software development Mac Paint is a raster graphics editor developed by Apple computer release with the original Macintosh computer in 1984 with MacWrite word processor bundled together with the Mac Plus.  Other software applications made available Microsoft Word, PowerPoint, Excell, MacDraw, Adobe PageMaker graphics programs for professionals.

The Macintosh introduced the desktop publishing industry in 1985 in addition to the LaserWritter the first digital printer for office and personal use. Newly featuring vector graphics computer images defined by 2D points which are connected by curves and lines from polygons with other shapes to create detailed graphics.

In 1995 Jobs founded NeXT computer platform company developing computers for higher education purposes in the marketing business. As a visionary Jobs help develop visual effects the process used in the film making, funded the computer graphics division of George Lucas film in 1986.

The new company was formed Pixar an American computer animation film studio based in Emeryville, Calfornia that was a subsidiary of Walt Disney Studios which produced the first 3D animation film, blockbuster hit Toy Story in 1995.

Apple merged with NeXT in 1997 as Steve Jobs became CEO of his former company within a few short months.  Jobs was responsible for rejuvenating Apple developing a new product line revolutionized the personal computer functionally.  Jobs worked closely with designer Jony Ive to specifically develop electronic products for business and personal use that would ultimately change the world.

Unfortunately, Jobs was diagnosed with a pancreatic neuroendocrine tumor in 2003 then later died of respiratory arrest at the age of 56 on October 5, 2011.  Steve Jobs legacy lives on as one of the greatest entrepreneurs of all time for developing new technologies that changed the world and the way we connect.

Apple continues to create new devices in product development constantly evolving due to innovative advances leading Apple to a sophisticated product line connecting consumers globally as a leader in the industry.  Apple is launching the Mac Pro this fall 2019 with great performance expansion and configurations the Mac was developed for the professionals designed and engineered to achieve new possibilities.